Seven weeks to go before the WTO’s Ministerial conference (MC11) starts in Buenos Aires. Expectation for a fisheries subsidies agreement is growing, but obstacles remain. Will the WTO Members finally agree, and with what level of ambition? 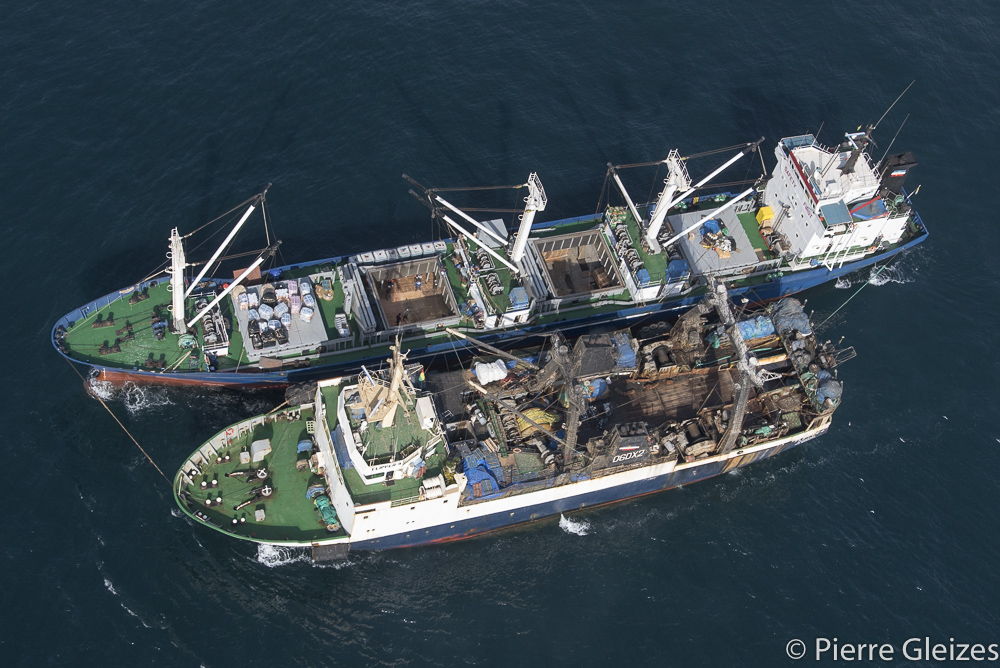 On 13 October, in a piece titled “Fish Subsidies Talks full speed ahead”, Politico reported that “Delegates at the WTO submitted a common proposal to end government subsidies to the fishing industry […] Officials described the progress as a ‘milestone’ and a ‘turning point’ in talks”. This encouraging piece of news coincides with what The Low Hanging Fish campaign is hearing from Geneva-based Trade officials as well.

However, in the lexicon of Trade negotiators, “milestone” and “full speed” are not necessarily enough to bring change in the water on time with regards to the ticking of environmental and social clocks. Trade negotiators need encouragement to reach a high level of ambition for MC11.

In its latest online briefing on fisheries subsidies negotiations, issued on Friday 17 October, the WTO Secretariat reports that the Chair of the WTO’s Negotiating Group on Rules, Ambassador Wayne McCook from Jamaica, said “this stage of the negotiations requires careful attention and technique to get to the finish line”.

According to Trade negotiators involved in the talks in Geneva, while usefully reflecting all of the proposals on the table and providing a basis for negotiation, the current negotiating text needs to be cleaned up expeditiously to get rid of the easier square brackets and start trading priorities to crunch down to a bare minimum the issues that can be taken to and handled by the Trade Ministers in December in Buenos Aires. Otherwise it will be virtually impossible for Trade ministers to sort it out.

According to Geneva-based negotiators, major issues of disagreement include: the scope of fisheries prohibitions (including geographic scope); the definition of overfishing or overfished stocks (including assessment criteria); which factors contribute to fleet overcapacity and need to be eliminated (including the status of fuel subsidies and fuel detaxation); which forms of exemptions and flexibilities are necessary and acceptable for developing countries and small-scale artisanal fisheries and within which time-frames, etc…

It has also been reported that certain countries would favour restricting WTO fisheries subsidies disciplines to Illegal, Unregulated and Unreported (IUU) fishing. But such a narrow and reductive approach would be manifestly insufficient in terms of meeting the SDG14.6 target and to curb the current trends of overfishing, overcapacity and diminishing fish populations.

Despite the urgency of reaching an agreement that can facilitate and secure the implementation of Target 6 of the Sustainable Development Goal # 14 (elimination of harmful fisheries subsidies by 2020), and despite encouraging signs from Geneva (eg. the US re-engaging albeit cautiously), it is clear that, as the Chair of the WTO Negotiating Group on Rules, Ambassador Wayne McCook from Jamaica said: “all [WTO Members] will need to work very hard, and with a great deal of pragmatism and flexibility, to achieve an outcome in December, even in areas of most convergence.

A “low hanging fish” outcome is still possible at MC11, but Trade negotiators and their counterparts in capitals have to deploy more political will in order to achieve a deal that can turn off the financial tap that fuels overfishing worldwide.

Trade negotiators are now observing a pause and consulting with capitals. Negotiations are expected to resume between 31 October and 3 November.

During the WTO Public Forum in September, there were lots of talks on the contribution of international trade and the WTO to the Sustainable Development Goals and the UN 2030 Agenda. The prohibition of harmful fisheries subsidies at MC11, in accordance with SDG14.6, is the most effective way, this year, to prove the world that the WTO has a positive role to play.

The Low Hanging fish campaign commends efforts by Trade negotiators to achieve at MC11 in Buenos Aires the agreement a healthy ocean needs. With this in mind, we call upon national focal points involved in SDG implementation, and all sustainable development and environmental policy practitioners to offer support to their countries’ Trade negotiators in order to reach an agreement that is both environmentally and socially sustainable.