On February 6, 2013, 502 MEPs voted on the RODUST report (first part of CFP) which proposed an ambitious objective of fish stocks reconstitution.

Supported by an overwhelming majority, German socialist Ulrike Rodust consequently entered into discussions with the Council and the Commission.

On May 30, the agreement was concluded under the Irish Presidency, but failed to give a binding time objective for rebuilding fish stocks.

Here is the text of the comprimise reached at the end of the trialogue (june 2013). 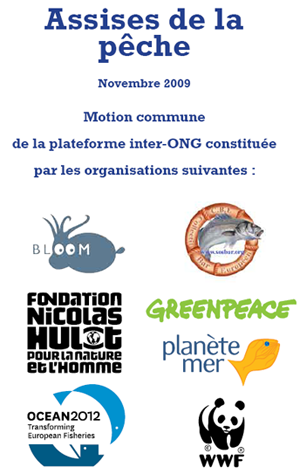 A reform of the CFP every ten years

In Europe, the management rules for fisheries are subject to an integrated policy which establishes a common framework for all countries and allows access to all European waters for all European fishermen. CFP not only regulates all fishing activities in European waters but also the activities of EU vessels in the waters of third party countries or in international waters, it organizes the seafood market at European level and includes financial instruments.

The CFP was established in 1982 and is reformed every 10 years, the last reform dating back to 2002.
The admission of a total failure

In the Green Paper published in April 2009, opening the reform process, the European Commission had itself noticed the failure of the CFP.

As early as page 5, the Commission wrote that “the reality of the current situation,” was characterized by “overfishing, overcapacity of fishing fleets, heavy subsidies, low economic resilience and decline in the quantities of fish caught by European fishermen.”

The CFP and its associated funds primarily benefit the most intensive fisheries, the most destructive practices corresponding to an industrial minority. Only an ambitious reform of fisheries governance in Europe can help reverse the trend.

The weight of the fishing countries, France and Spain

One explanation for the failure of the CFP is the weight of countries with fishing interests such as France and Spain, voices of the lobby of industrial fishing in European decisions. Since the arrival of Mrs Damanaki, the Commission has shown strong ambition and a willingness to make fisheries more sustainable. This ambition has always provoked the hostility of France and Spain.

On July 13 2011, the European Commission published a proposition to be considered by the Parliament and the Council. It is therefore not a definitive text, but a proposition that will evolve before its adoption in 2013.

NGOs BLOOM, FNH, Greenpeace, Ocean 2012 and WWF published a note on the text of the CFP.

With WWF, Greenpeace and the Nicolas Hulot Foundation, BLOOM launched a platform for NGOs to carry a unique long-term vision of what could be a balanced and sustainable relationship between humans and marine resources (bearing in mind that fish are the last wild elements of the human menu along with mushrooms). Common programs of NGOs feed the debates in consultations such as the Grenelle de la Mer, the French Audience of Fisheries and the reform of The Common Fisheries Policy.

History of the CFP

The Common Fisheries Policy (CFP) was created with the permission of the sector. The Treaty of Rome of 1957 already provided that, like agricultural products, marine products could be exchanged in a common market to organize and develop the sector. In the 1970s, the new Directorate General of Fisheries established the principles of the CFP: free access to European waters for the fleets of Member States, market organization, accompanying the structural funds of the sector and external dimension of the CFP (fisheries agreements with third party countries, participation in meetings of Regional Fisheries Management Organisations for the management of species with a wide range area such as tuna).

The original philosophy was to foster the growth of the European market sourcing it with fish products, through better organization of the industry and public support for the development of production tools.

Environmental constraint appeared in 1983 with Blue Europe, an EU regime for fisheries management. Discovery and late consideration of the biological limits of fish stocks targeted by European fleets led to review the principles of the CFP. From this point, rules to regulate fishing were annually established.

This shows that the CFP is built on two antagonistic principles, on the one hand market structure and public financial support to increase the means of capture and on the other hand, the establishment of regulatory fishing tools (quotas, areas, licenses…).

This “schizophrenia” in the construction of the CFP has led public authorities to finance the destruction of fishing vessels they contributed to pay for a few years before.

Despite this desire to regulate the fishing effort overall, Europe continued to subsidize the construction of new vessels within some fleets – such as bluefin tuna and deep-sea fisheries – until the early 2000s.

These technical measures are also intended to improve the selectivity of fishing gear. For some fisheries, they set specific technical criteria such as mesh size or the length of the fishnets.

Finally, the CFP sets for certain stocks maximum amounts of annual catch. For a given species, it sets the Total Allowable Catch (TAC) that Member States share into national quotas fixed by a key of historical distribution (« anteriority »).

The CFP rules are based on the quantity but also on fishing effort. Despite this, the majority of stakeholders agreed – during the public consultation prior to the current CFP reform – that the CFP is failing.

Therefore, the challenge of the new reform is colossal. For both the conservation of fish resources and marine environment but also to save the jobs of coastal communities which rely heavily on fishing activities.

TACs and quotas are set by the Council of European ministries of fisheries on the basis of recommendations made by European scientific organizations. Unfortunately, in most cases, policy decisions do not follow those recommendations.

The new CFP must follow the scientific recommendations if it wants to provide a future for European fishermen and save the resource.

The main shortcoming of the CFP is that major decisions taken in Brussels are often difficult to apply locally. The CFP should set common objectives, define timeframes and the means provided to managers.

Then, management plans must be thought out and implemented at the scale of fisheries so that they are adapted to the context and understood and accepted by professionals.

The CFP cannot simply regulate the volume and the minimum catch size. It must take into account all the potential disturbances generated by the different fishing techniques. In this context, it aims at eliminating discards – the specimens caught and discarded often dead at sea – and at limiting the impact of fishing gear on the marine environment. Healthy populations of marine species not only depend on the management of their reconstitution; but also require a good state of marine ecosystems as a whole. Thus, habitats and food chain restored, stocks of “targeted species” will be better off.

The main downside of the CFP is its laxity in terms of control and sanction. Any kind of fishing management model of fisheries can work if its rules are not applied. It is more economically efficient to “cheat” by considering the potential fines than respect the rules, it is the balance of the CFP that is undermined. Thus, it is necessary to strengthen the means of control and implement genuinely dissuasive penalties.