The number one argument of the Dutch lobby to promote electric fishing has been the reduction in fuel consumption, and thus its positive impact on climate.[1] However, as per their other arguments, this is only true when compared to one of the least sustainable fishing gear that exists: beam trawls. 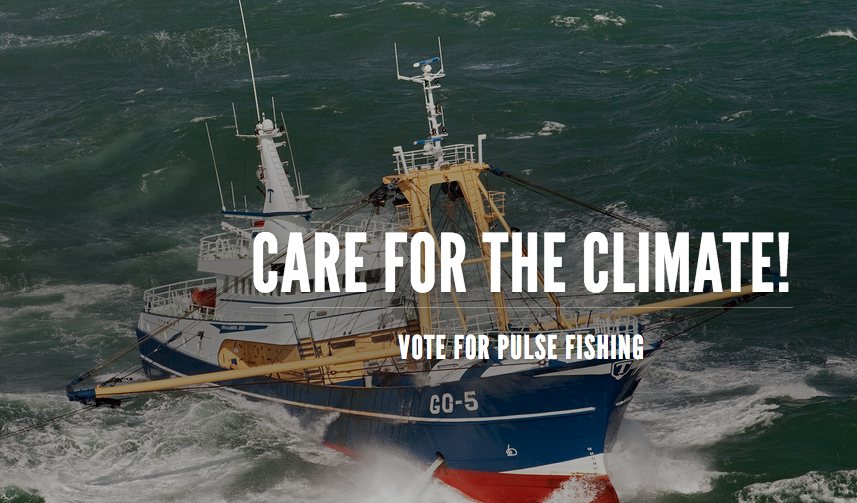 In fact, back in the 2000s, the future of beam trawls was threatened as they had a massive impact on the environment and were chronically losing money.[2] Fuel costs were such that fish landings were not sufficient enough balance their accounts.[3] Rather than converting to more environmentally-friendly and fuel-efficient artisanal methods (such as gillnets in the case of sole fisheries), the Dutch made the choice to increase the efficacy of their beam trawls in order to reduce fuel consumption.

Although they keep referring to a 50% reduction in fuel consumption compared to beam trawls, the Dutch have been quite shy with providing actual fuel consumption. It is only recently that they clearly communicated on this topic, announcing a whopping fuel saving of 900 000 liters per vessel per year.

Unfortunately for them, we were thus able to show that they only catch 500–700 grams of fish per liter of fuel, whereas sole gillnetters in the North of France — which are now going bankrupt because of the radical efficacy of electric fishing — caught up to three kilos of fish per liter of fish in 2013–14, a figure which has almost halved since then due to the doubling of electric trawlers in the North Sea.

This sums up the entire campaign of the electric fishing lobby. They were only able to convince Members of the European Parliament to support their destructive gear with promises of ‘sustainability’, ‘climate change mitigation’ and ‘Paris Accord’. But ‘sustainability’ should clearly not be defined according to the worst practices.

On January 16 2018, Members of the European Parliament will have to decide the fate of electric fishing. They will also vote on the fate of European artisanal fishers. We urge them to vote ‘No’ if they truly want to preserve the environment, jobs, and if they “care for the climate”.

We downloaded the list of 84 vessels equipped with electric trawls on the website of the Dutch Cooperative Fisheries Organisation (CVO).[4] Given this list, we extracted the corresponding sub-sample from the EU fleet register.[5]

On the “Care for the climate! Vote for pulse fishing” website created by the Dutch fishing lobbies VisNed and Nerderlandse Vissersbond, one can find several data of interest:

In a non-peer reviewed report from Wageningen University & Research,[6] it is reported that pulse trawlers land:

Given the proportion of <300hp and >300hp as well as the estimated number of fishing days, these daily landing rates correspond to 26 956.5 tonnes landed annually.

Overall and given the above set of data, Dutch pulse trawlers therefore have a ratio of 500 grams of fish caught per liter of gasoil consumed.

Given the proportion of <300hp and >300hp, as well as the estimated number of fishing days, these daily consumption rates correspond to slightly over 40 million liters of gasoil every year.

Overall and given the above set of data, Dutch pulse trawlers therefore have a ratio of 700 grams of fish caught per liter of gasoil consumed.

Other data collected (certified accounts) from 16 artisanal gillnetters from Dunkirk show that their ratio was around 1.4 kilos of fish per liter of gasoil in 2014. This figure reached 1.1 by 2017.