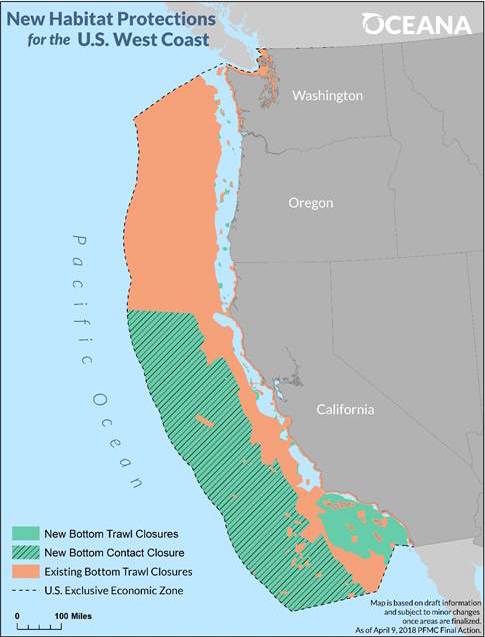 BLOOM praises the decision of the Pacific Fishery Management Council to protect sensitive marine ecosystems in the US: on 9 April, bottom trawling was banned in an area covering more than 40 000 km2 off the southern coast of the United States, following a campaign by Oceana and partners in collaboration with fishers.

The Council also prohibited any bottom-contact fishing gear (trawls but also traps and longlines) in an area the size of Norway (around 320 000 km2) and deeper than 3 500m, which hosts fragile deep-sea sponges and corals as well as slow-maturing and long-lived fish species.

Together with the already existing protected areas in the region, it is now almost 90% of the US West Coast’s Exclusive Economic Zone that is off limit to bottom trawling.