The allowable catch of endangered deep-sea species must be zero, say conservationists

Brussels 10th November 2016: Marine conservation experts call on the European Council of Fisheries Ministers to prohibit fishing for endangered deep-sea species. The Council will meet on 14-15 November to decide on Total Allowable Catches (TACs) and quotas for deep-sea fishing in the North-East Atlantic*. 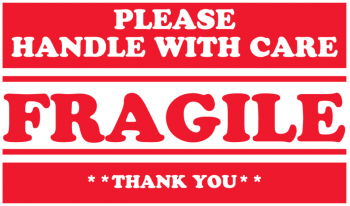 Two species of deep-sea fish – roundnose grenadier and blue ling – have been classified as endangered and vulnerable respectively by the International Union for Conservation of Nature (IUCN) in its first ever European Red List of Marine Fishes, published in 2015.[1] They are two of the main ‘target’ species in the deepwater trawl fishery by Spanish and French vessels fishing off Ireland and Scotland and in the international waters of the Northeast Atlantic. A TAC for roundnose grenadier, a long-lived species that can live to be over 50 years of age, will be decided at the November Council meeting. The TAC for blue ling will be decided in December.

Deep Sea Conservation Coalition (DSCC) Policy Director Matthew Gianni said “Allowing EU vessels to fish for these two species is tantamount to the Council providing a legal license to hunt endangered species in European waters. The ‘Total Allowable Catch’ for these species should be set at zero to prevent further risk of extinction.”

The DSCC is also calling on Fisheries Ministers to maintain prohibitions on fishing for orange roughy, which is listed as vulnerable to extinction in the northeast Atlantic by IUCN, and deep-sea sharks.

NGOs highlight several additional concerns about the bycatch of highly vulnerable species in the deep-sea bottom trawl fishery in the North-East Atlantic for roundnose grenadier and blue ling off Ireland and Scotland and on the Rockall and Hatton Banks in international waters. The International Council for the Exploration of the Sea (ICES), which provides scientific advice to EU decision-makers, has expressed concern over the high number of species impacted in the deepwater trawl fisheries in this area. Species affected include deep-sea sharks, which have been recorded in substantial quantities as bycatch in the French deepwater trawl fishery in this area, with a catch in 2012 of over 120t of sharks classified as endangered by the IUCN. However, there are no management measures in place to avoid or prevent the bycatch of deep-sea sharks in the trawl fishery. These concerns were outlined in detail in a letter sent by NGOs to the Commission in October.[2]

Claire Nouvian, founder of the Paris-based NGO BLOOM added “In late June 2016, the EU agreed to adopt a new regulation for the management of deep-sea fisheries, including a ban on deep-sea bottom trawling below 800 metres, which will enter into force in 2017. However, Council insisted provisions that sought to ensure the sustainable management of deepwater fish stocks were removed from the final text. The Council decision this year bears more weight than ever because it will show how reliable the Council is in tackling overfishing and living up to its responsibility to ensure sustainable deep-sea fisheries.”

Seas At Risk and the Fisheries Secretariat also sent a letter to all Fisheries Ministers last week urging them to agree a zero TAC for the fishery for roundnose grenadier off Ireland and Scotland. They further highlighted that the management objectives under the Common Fisheries Policy must be met by Council in setting TACs for deepwater species[3].

The recommended zero catch level for roundnose grenadiers and blue ling should be maintained until:

*Specifically ICES Subareas VI and VII, and Divisions Vb and XIIb within EU and international waters

**The European Council and Parliament have recently agreed to a new regulation for the management of deep-sea fisheries in EU waters that will require a prohibition on bottom trawling below 800m and provides for a mechanism for identifying and closing areas where deep-sea VMEs are known or likely to occur to protect them from damage caused by bottom trawls or other gears. However, the new regulation is not likely to enter into force until 2017 and it is not clear how long it will take before the depth limitation for bottom trawling is established nor how long before VME areas can be identified and protected under the new regulation. In the meantime, very few deep-sea areas within EU waters are currently protected from the adverse impacts of bottom fishing.

***The UN General Assembly (UNGA), through its resolutions 61/105, 64/72 and 66/68, has committed States ‘individually and through RFMOs’ to manage bottom fisheries on the high seas to, inter alia, “ensure the long-term sustainability of deep-sea fish stocks and non-target species, and the rebuilding of depleted stocks” and “not to authorize bottom fishing activities until such measures have been adopted and implemented”.[4] The UNGA will be conducting a review of the implementation of the resolutions this week (7-15 November) in New York.

The Deep Sea Conservation Coalition is an organisation of more than 70 non-governmental environmental organisations, fishers’ groups, and law and policy institutes that are committed to protecting the deep-sea.

BLOOM is a non-profit organization that works to preserve the marine environment and species from unnecessary destruction and to increase social benefits in the fishing sector.

[1]  Nieto, A et al., European Red List of marine fishes. Prepared by the International Union for Conservation of Nature (IUCN). Luxembourg: Publications Office of the European Union. 2015. Retrieved from http://cmsdata.iucn.org/downloads/iucn_european_red_list_of_marine_fishes_web_1.pdf