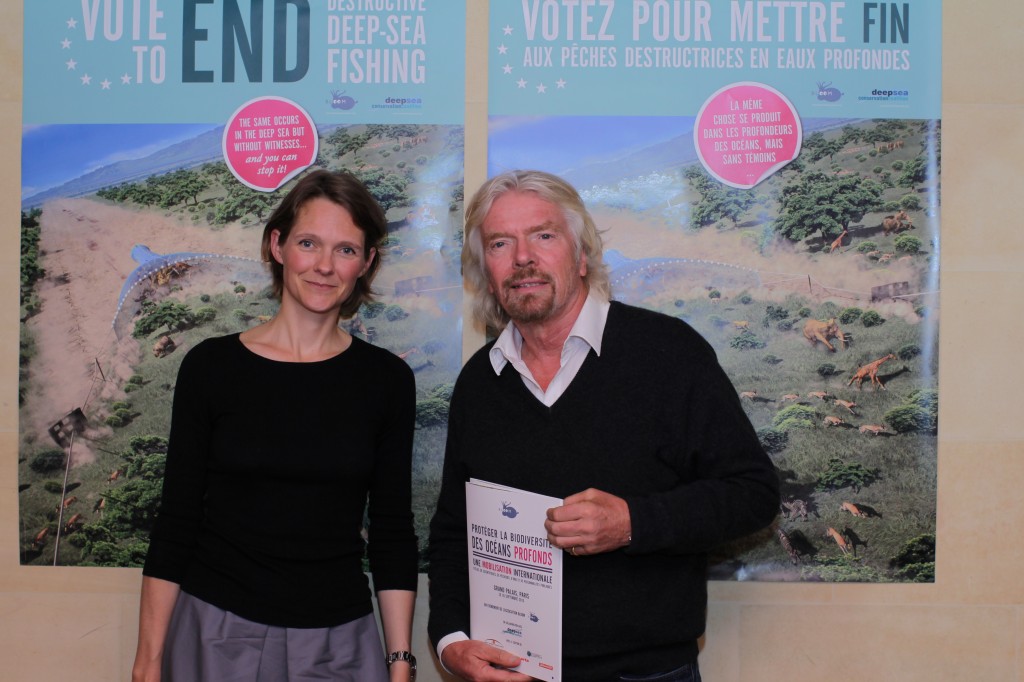 While in Paris , Richard Branson confirmed with Claire Nouvian during a private meeting his commitment alongside BLOOM and the Deep Sea Conservation Coalition to defend the biodiversity of the Deep Sea, threatened by industrial fishing nets that scrape the seabed down to 2000 meters. 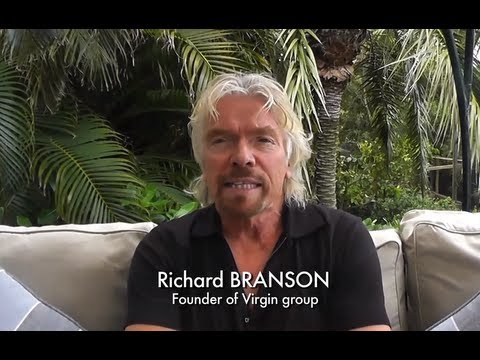 On Monday, September 16, researchers and international public and political figures gathered in Paris to highlight the impacts of industrial trawling on the Deep Sea’s multimillenial ecosystems.

Gilles Boeuf, President of the National Museum of Natural History noted that the Deep Oceans have evolved over millions of years without being affected by human activities. Professor Les Watling of the University of Hawaii said the Deep Oceans host a number of species probably higher than that of the Amazon rainforest and deep-sea corals hold the record of animal life, some species being able to live for several thousand years. Rainer Froese of GEOMAR Kiel Institute has insisted that fishing conducted in surface waters could and should be sustainable, but in no case deep-sea fishing could achieve sustainability given its impact on marine habitats and the waste of species. Indeed, for three species targeted by deep-sea trawlers over 100 others are caught and discarded dead at sea. Philippe Cury, director of research at the IRD (Institute of Research for Development) warned about the side effects resulting from the destruction of ecosystems and the complex links between living beings, and quoted the invasions of jellyfish in the Ocean as an example.

All recalled that these fisheries would not exist if they were not subsidized and compared bottom trawling, the fishing method used by nine vessels still involved in deep-sea catches in France, with bulldozers whose environmental impacts are unacceptable. A total of 300 researchers around the world have signed an declaration to support the proposal of the European Commission to ban bottom trawling.

The ban on bottom trawling will soon be voted in Parliament. France is the main obstacle to the adoption of this measure, the Minister for Fisheries, Frédéric Cuvillier, being an elected official of the industrial port of Boulogne-sur-Mer , historically involved in the development of deep-sea fishing.

Figures such as Nicolas Hulot, Allain Bougrain-Dubourg, Marielle de Sarnez, Daniel Cohn- Bendit and the cartoonist Jul gave their support to this mobilization heard by the media. Will it be heard by the President of the Republic a few days away from the Environmental Conference? So far, there is a silence at the Elysee and the Ministry of Ecology on the issue. As deplored by the guests gathered on September 16, “personal interests continue to prevail over the public interest.” Political arbitration is however necessary.

The rapporteur of the “deep-sea fishing” Regulation at the European Parliament recalled that the ban on bottom trawling does not constitute a precedent that would seek to ban all trawling on the surface. He therefore concluded that he most often fought against a “ghost”, the one of the prohibition of trawling everywhere, even though nothing like this has ever been considered.