BLOOM supports Seas at Risk’s statement for the Ocean Conference at the United Nations, New-York, 5–9 June 2017.

For more than a century we have ripped apart the land, exploiting it beyond its limits in our insatiable quest for gold, silver, copper, manganese, cobalt, nickel, rare earth elements and other minerals. Now the mining industry plans to move into the deep sea.

With the risk for irreversible and significant environmental impacts, and socio-economic benefits that are uncertain and inevitably short term, deep-sea mining imposes a serious threat to global sustainability. Deep-sea mining has no place in the world’s Agenda 2030 for sustainable development. The precautionary principle means we must prioritise sustainable alternatives and avoid locking our economy into this high risk technology.

Alternatives to deep-sea mining are available, and can be found in the transition of economies towards more sustainable approaches. Reducing the demand for raw materials through better product design, sharing, re-use, repairing and recycling, the development of new materials, a transition to smart energy and mobility systems and structural changes in consumption patterns and lifestyles are key to the solution.

Up to 90% of the world’s electronic waste is illegally traded or dumped. Every year in the EU, 100 million mobile phones go unused, less than 10% are recycled. This represents an enormous quantity of gold and other metals gone to waste. These figures indicate the huge potential of policies to increase resource efficiency world-wide, and the importance of focusing on e.g. urban mining instead of deep-sea mining.

The Sustainable Development Goals (SDGs), and in particular SDG 12 “Ensure sustainable consumption and production patterns”, and SDG 14 “Conserve and sustainably use the oceans, seas and marine resources” set the global frame for rethinking our economy. Unless we stop and think, we risk squandering one of our most precious ecosystems, which has a vital role to play in the health of our planet, for an obsolete dream of boundless growth.

Seas At Risk, supported by the NGOs listed below, therefore calls: 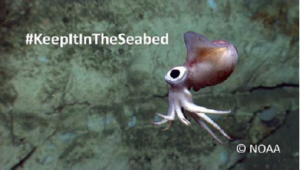 The deep sea occupies 90% of the marine environment and functions as an important regulatory body of the biosphere. These habitats have distinct fauna with widely divergent ecological and life-history characteristics. Most species resident there have low productivity and are extremely vulnerable to human disturbance. The deep sea spans areas both within and beyond national jurisdictions, leading to complex governance frameworks. The unique features of this extreme, enormous, three-dimensional environment create the need for a specialised approach to its management.

Juxtaposed against these reasons for caution, commercial interest in the potential for deep-seabed mining is growing rapidly. In the global quest for raw materials, the deep-seabed mining potential currently focuses on polymetallic sulphides, manganese nodules, cobalt-rich ferromanganese crusts, methane hydrates and phosphate.

There is however a widespread concern about the impact deep-sea mining will have on the ecosystems and habitats of the deep and how the practice can be managed. Sites of mining interest often include highly vulnerable marine ecosystems and biodiversity hotspots. Mining poses potentially significant risks both to the sites themselves and into the water column beyond, as indicated by the results of among others the EU funded MIDAS research project. These risks include irreversible ecosystem destruction, direct as well as indirect biodiversity loss from plumes and sedimentation, underwater noise and toxic pollution, to name but a few.

Globally, some 1.2 million km2 of seabed have already been licensed for exploration in the international portion of the seabed, potentially creating the largest mining operation the planet has ever seen and dwarfing anything comparable on land. The area is close to the size of Europe.

In Areas Beyond National Jurisdiction (the ‘Area’), deep-seabed mining is governed by the International Seabed Authority, which was established under the 1982 UN Convention on the Law of the Sea (UNCLOS) to govern ‘the Area’, which is to be considered the Common Heritage of Mankind. In the Area, the ISA retains the right to issue exploration and exploitation licenses for mining.

The International Seabed Authority has not yet issued any exploitation contracts. National governments have until now issued two deep-sea marine exploitation (or commercial mining) licenses: one by the government of Papua New Guinea (Solwara 1 project in the Bismarck Sea) and one by the governments of both Saudi Arabia and Sudan (Atlantis II project in the Red Sea). Mining has not yet started but plans for pilot mining are under way.

A 2016 periodic review of the International Seabed Authority pointed to severe structural shortcomings in terms of its transparency and capacity, calling into question its ability to govern the Area effectively. As the global steward of the world’s ocean heritage the ISA must prioritise conservation of the deep sea, the rights of coastal communities and the rights of mankind as a whole. 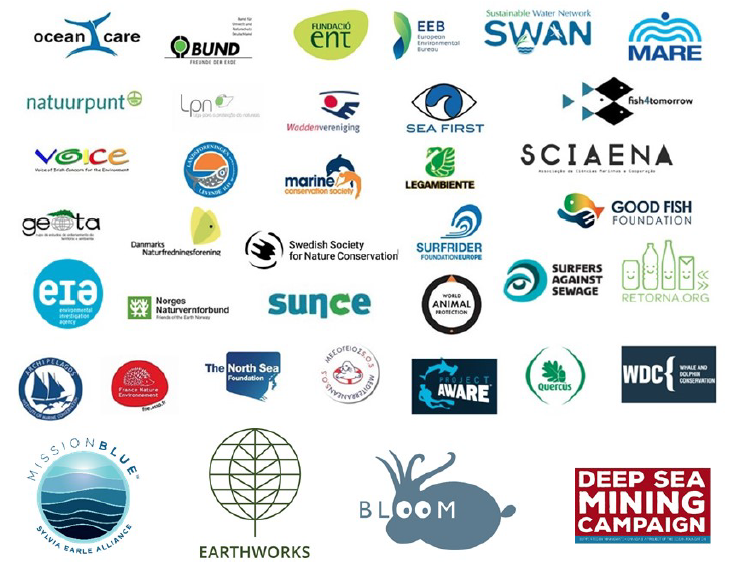