Research carried out in the North Atlantic and the South Pacific has clearly shown that deep-sea trawls destroy almost all large, non-target species, disturb the top layers of sediment (trawl doors can leave furrows up to one meter deep in soft sediments) and, more generally, produce habitats with low biomass and few species. All trawls catch organisms non-selectively, but deep-sea trawls are also extremely heavy; they plough up the seabed over long distances and with great force. The deep sea is generally subject to little natural disturbance: currents are weak, and the storms that occur on the surface have little impact. Consequently, gelatinous or lightweight organisms can often grow very large. As a result, deep-sea organisms cannot withstand the weight and speed of deep-sea trawls.

A recent analysis (Priede et al., 2010) summarizes the impacts of deep-sea trawls as follows: “it is well-established that trawl fisheries have a direct mechanical effect on the seabed through the destruction of the seabed, removal of corals, and benthic invertebrates”. This study showed that, because of the mobility of fish, the impact of trawl fleets on target and non-target species was not confined (as previously thought) to the direct and mechanical effects described above. The researchers calculated that trawl fishing, particularly French trawl fishing targeting black scabbardfish (mentioned in advertising) in the North East Atlantic, had led to a decline in the number of fish at depths of up to 2 500 meters, despite the fact that ships only fished to 1 500 meters. Moreover, the fishing area was estimated at 52 000 km2, but the study showed, without doubt, that fishing activities had an impact on an area of 142 000km2.

The only way for a deep-sea fishery to be sustainable, from an ecosystemic perspective, is for it to have only a minor impact on the ecosystem. Bottom trawls are non-discriminatory and do irreversible damage to the ecosystem. Consequently, no bottom trawl fishery could ever adequately satisfy the international objectives of fish stock sustainability and habitat preservation. Avoiding deep-sea bottom trawls under all circumstances should act as an overarching rule for all deep-sea fisheries. Deep-sea corals are like trees in which animals build their nests. The above image shows a sampling of a deep-sea octocoral, bearing a dumbo squid egg (which later hatched on board the oceanographic research vessel).

A distorted view of the oceans

In 1914, A.B. Alexander and his colleagues were among the first to study the impact of fishing on the marine environment; they concluded that “Otter trawls do not seriously disturb the bottom over which they are fished nor materially denude it of the organisms which directly and indirectly serve as food for commercial fishes” These words reflect the extent to which researchers during the first half of the 20th century were still under the impression encapsulated by this famous quote from English biologist, Thomas Huxley: “All the great sea fisheries are inexhaustible” (1883).

Research on the impacts of fishing

Research methods have since improved, but little attention was paid to the impacts of fishing until the 1970s, during the collapse of New England and North Sea fisheries for species like herring. Professor Les Watling of the University of Hawaii points out that there are currently 250 studies showing the impact of trawling on habitats, species and the structure of communities, compared to just a handful of analyses showing that this impact can be acceptable in certain circumstances. For example, in a context of very high natural disturbance, adding pressure from trawls to that from the environment makes little difference, but Les Watling points out that such areas are very rare.

Of the various deep-sea fishing methods (trawling, gillnets and longlines), it is the effects of trawling that have been studied the most, both quantitatively and qualitatively.

Modern fishing methods are very diverse, ranging from gears used only in shallow water like dredges (a kind of rake, used for scallops, mussels and clams), to traps and pots targeting crabs, drift-nets (or gillnets), longlines, and trawls or seines used in deep water or on the continental shelf. Deep-sea trawling is mainly carried out on the continental margins of the slope, or on the slopes of seamounts. Active (or “towed”) gears have the greatest impact on the marine environment, in contrast to passive (“static”) gears.

Of all fishing methods, bottom trawling is considered today to be the most destructive for ecosystems and biodiversity, because of the area it covers in a single haul and because the gear is almost constantly in contact with the seabed, where the majority of marine life is found.

The trawl: the most destructive fishing gear of all

“Active gear that comes into contact with the seafloor is considered the greatest threat to cold-water coral reefs and includes bottom trawls, dredges, bottom-set gillnets, bottom-set longlines, and pots and traps…Due to their widespread use, bottom trawls have the largest disruptive impact of any fishing gear on the seabed in general and especially on coral ecosystems.”

A publication from 2003 classifies fishing gears according to the severity of their collateral impacts. These are defined in terms of bycatch and habitat destruction.

“In an otter trawl, the groundrope slides over the seabed, whereas the panels plough through the bottom. Beam trawlers use heavy tickler chains or chain mats to chase the target flatfish species out of the sediment. Consequently, otter trawls and beam trawls both catch demersal fish and epifaunal invertebrates, but beam trawls also affect animals that live buried in the top layer (approximately 1–5 cm depending on the type of sediment) and belong to the infauna.”

Deep-sea trawls have an opening that can range in size from 22 meters (for the smallest trawls) to 125 meters.

The physical impacts of trawls on the seabed

It is mainly the trawl panels that leave furrows and deep marks, but tickler chains, rollers, bobbins and the net itself can also have this effect. In contrast, beam trawls and scallop dredges flatten the seabed. The sediment is disturbed to a depth of several centimeters, and up to a meter for deep-sea trawls. The furrows left by doors are, on average, 80cm across.

Video of a trawl operating in shallow water (showing how the gear is deployed): 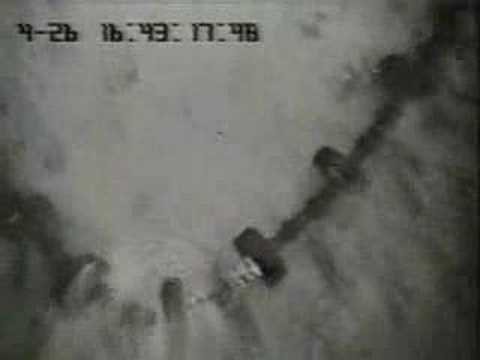 The results of research into the duration and persistence of the physical impacts caused by trawls are very varied, with indications ranging from a few minutes to several years. The impact depends upon the marine environment in which the trawl is used:

During and after trawling, resuspension is visible in the form of sediment plumes or clouds. The sediment may not remain present in the water column for long: resuspension time is dependent on the substrate where the trawl has been used and may range from a few minutes or hours for fine sediments to several days for muddy sediments. There is a 1000% increase in particles suspended in the water.

In shallow water, changes to the sediment can stimulate sudden increases in the amount of harmful algae.

Resuspension is thought to have huge effects on the productivity of marine environments: the resuspension of a single millimeter of sediment can increase the environment’s productivity by 100 to 200%. “Thus, resuspension may accelerate nutrient recycling on continental margins”. (Fanning et al.,1982). The effects of trawling are often compared to natural disturbances. However, Thrush and Dayton (2002) address this matter specifically, noting that “it is not appropriate to equate storm disturbances with fishing because the latter may involve a much higher intensity of disturbance”.

Trawling causes decreases in biodiversity, in abundance and in the variety of species and taxons. Research has shown that trawling creates “a shift towards a more homogenized community” (De Juan et al. 2009), as well as higher evenness at disturbed sites (Collie et al 1997), because “the most abundant animals are predominately reduced.” (Ramirez-Llodra et al. 2010 and Krost 1990).

The impact of deep-sea trawling on coral reefs has been documented is various areas: in New Zealand, West Ireland, and particularly in Norway and Florida, where reefs composed respectively of Lophelia and Oculina have suffered great damage in a very short period of time. In Norway, researchers estimate that up to 50% of reefs have been partially or entirely destroyed by trawling.

“Bottom trawls are the most destructive gears for deep-sea corals: their beams and panels make huge gashes, tens of centimeters deep, in the reefs. (…) Although some steep carbonate mounds are not very conducive to fishing, the Darwin seamounts are only 5 meters high and are more likely to be damaged.”

The impact of deep-sea trawling on Oculina varicose reefs to the East of Florida (their only known location) has been documented during deep-sea dives in submersibles. Historical photographic transects were carried out in the 1970s, before the boom in recreational fishing and commercial trawling. They were compared against the results of transects carried out in the same places in 2001, 25 years later. In the intervening period, fishing had caused the damage described below:

“In the 1970s, the Oculina reefs were teeming with large spawning aggregations of grouper and snapper. By the early 1990s, commercial and recreational fishing had decimated the fish populations, and the coral had been severely impacted by bottom trawling for rock shrimp. Historical photographic transects, taken in the 1970s with the Johnson-Sea-Link submersibles, provide crucial evidence of the status and health of the reefs prior to heavy fishing and trawling activities. Quantitative analyses of photographic images by point count reveal drastic loss of live coral cover between 1975 and 2001. Six coral reef sites had nearly 100% loss of live coral”.

With special thanks to Marleen Hoofd.

References on the impact of deep-sea trawls: click here

References on the impact trawls in general: click here