Deep-sea bottom trawling: up to 1,719 times more destructive than longlining according to a new scientific study

A new study published in the scientific journal Nature this week shows the reduced impact of longlining, lines with baited hooks placed on the bottom of the ocean, compared to deep-sea bottom trawling.
Christopher K. Pham, Telmo Morato and their co-authors from the University of the Azores, calculated that one deep-sea bottom trawl will have the same impact as 296 to 1,719 longlines. For these results, they used data collected by commercial and scientific fleets and images from remote operated vehicles (ROV).

Longlining has many advantages over trawling: much lower impacts on deep-sea corals and sponges, increased selectivity of species caught and low fuel consumption.
The publication of this study comes at a time when France continues to oppose the ban on deep-sea bottom trawling at the European Council of Fisheries Ministers. This comes after the European Parliament vote on banning deep-sea bottom trawling has been lost. Once again, French Socialist MEPs had another party line as the European Socialists and voted in unison with the right wing, allowing to continue the devastation of vulnerable marine ecosystems.

France’s position is totally illegitimate because 73% of French people spoke against these fishing practices and over 843,000 signatories of BLOOM’s petition want Hollande to support the European proposal to ban deep-sea bottom trawling and convert fleets who wish it to longlining.

“The Secretary of State for Fisheries, Frédéric Cuvillier, takes no account of the people’s will, he does not even respect the commitments to consult NGOs as it was recognized at the Environmental Conference in September 2013. He continues to speak for 3 or 4 French ships at the European level, with no public mandate and without any respect for democracy. This kind of opaque and disdainful practice of democracy allows citizens to despise the current political staff. Mr Cuvillier is a shame to the Ecology Ministry of Ségolène Royal” says Claire Nouvian, founder of BLOOM.

BLOOM calls the Minister Ségolène Royal to commit to the protection of the deep ocean and defend the ban of deep-sea bottom trawling at the European level. It is the will of citizens and of more than 300 researchers who called on political leaders to stop this ecological and economic aberration.

Note: Bottom longlining consist, as the name suggests, of a long line, set at the bottom with an anchor, with baited hooks attached at intervals. The bait to each hook is chosen according to the target species. A longline can be up to a 100 km long with as many as 20 000 hooks.

WWF created visuals to get a better idea of the two fishing techniques : 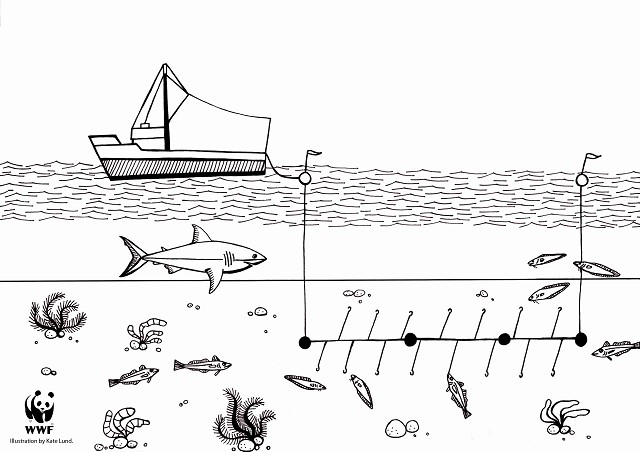 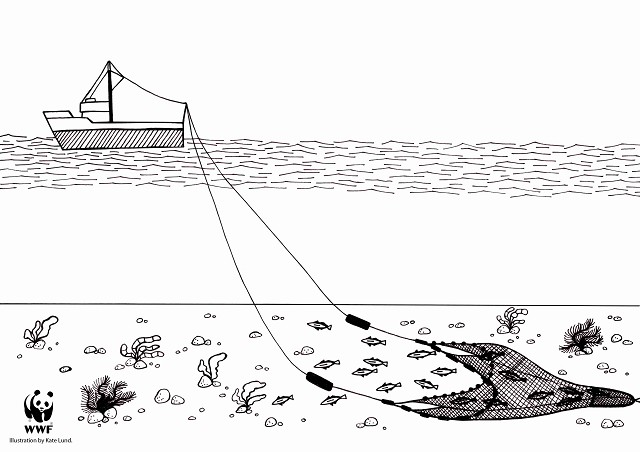 BLOOM is a nonprofit organization founded in 2005 working for marine conservation and protection of sustainable fisheries through an approach of public awareness and scientific mediation of environmental issues, the production of independent studies, as well as the participation in public consultations and institutional processes. Its actions are aiming at the general public as well as policy makers and economic actors.

To find out more about deep-sea fishing, click here.