If you suggest to industrial fisheries a way to resolve overfishing without having to change their practices, you will likely be welcomed with open arms. This is somehow what the “balanced harvesting” approach is suggesting. This theory, supported by a few scientists, got recently criticized in a research article written by a team of international researchers.

written by Claire Christian of Antarctic and Southern Ocean Coalition in Ocean Views on July 17, 2015

Thinking Outside the Box on Fisheries Management? Think Again.

“This week, thanks to OpenChannels, I came across an interesting scientific article critiquing a new concept in fisheries management called “balanced harvesting”. Co-authors of the article include prominent fisheries scientists such as Rainer Froese, Daniel Pauly and Sidney Holt. (For those interested, the article is open access.) Until now, I had not heard of “balanced harvesting”, which describes a new approach to management and fishing practices that some scientists say can increase yields while minimizing damage to ecosystems and fish populations. In other words, the holy grail of fisheries management. It’s an appealing idea, but Froese and his coauthors argue that this instance of thinking outside the box is misguided, and likely to worsen the health of ocean ecosystems and fish populations.

Over the past few decades, we have gotten a lot of bad news about the sorry state of global fish stocks and the marine environment, a situation to which fishing contributed significantly. For the most part, scientists, government managers, conservationists and even fishers themselves agree that we need to change global fishing practices if we want to keep fish populations from collapsing and restore them to health. The sticking point is how to do that. Some argue for marine reserves and protected areas, reduced fishing, and ecosystem-based fisheries management. The scientists supporting balanced harvesting (BH), on the other hand, essentially claim we can have our fish in the ocean, and eat it too.

Balanced harvesting in practical terms would mean fishing more species (not merely following consumer preference for a few familiar fish), at more ages (juveniles included), but at lower levels. The expected outcome should be less ecosystem disturbance, because instead of taking a large amount of a limited number of species, you’d take a smaller amount of most species, while preserving the proportions and relationships between species. It kind of makes sense. We know it’s bad when we take out huge numbers of top predators like sharks or of fish low on the food chain. Why not give a different approach a try? 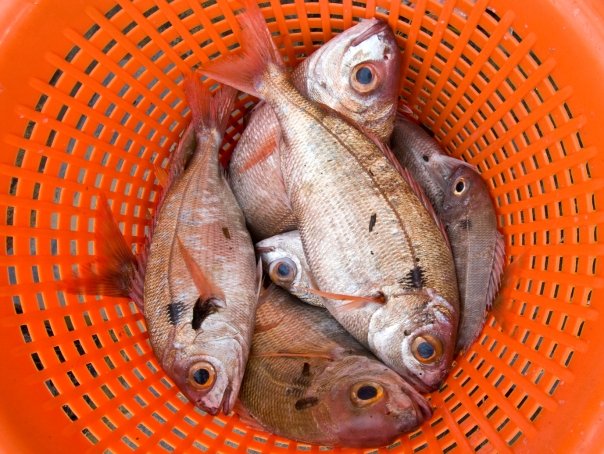 Froese and his co-authors, however, demonstrate that the scientific evidence cited in favor of BH does not support the conclusion that this method would achieve sustainable fishing with less ecosystem impact. Interestingly, Froese et al. find that some of the fisheries used as examples to prove that BH can work have in fact experienced major, negative changes to their ecosystems that also made fishers poorer. Although BH proponents claim that fishing practices like taking older fish and being selective about which species are harvested result cause populations to decline over time, Froese et al. explain that some fisheries that caught mostly large, older fish were sustainable for centuries. Those species were fished at lower levels so they could maintain catches for long periods of time. In fact (and try not to be too shocked), Froese et al. point out that the main cause of harm to fish populations and the marine environment is simply too much fishing, not the method of fishing.

It may seem like common sense to conclude that less fishing is the solution to reducing fishing impacts. Yet reducing catch limits is never very popular, and can be difficult to achieve, leading to the search for alternatives. But unfortunately, BH cannot accomplish what decreased fishing pressure can. Another negative aspect of BH is that proponents advocate a return to catching animals we currently try to avoid, such as whales and seals, as part of the program of harvesting from a wider range of species. That hardly seems like progress, particularly when many bycatch species are threatened or endangered.

Another group of scientists led by Matt Burgess recently came to similar conclusions about BH. In a blog post about his research, Burgess notes that food security is one concern motivating proponents of the balanced harvesting approach. On that front, he suggests we think about ways to reduce demand for meat and fish (such as a carbon tax) so that we don’t have to put so much pressure on finite resources to increase production. This would likely have health benefits as well. Even if we could increase fish catches, many people currently go hungry despite there being plenty of food in the world. So we know that increasing supply is no panacea.

We have solid information about how to protect ocean health and safeguard fish populations. We know marine protected areas and reserves work to preserve ecosystems and even replenish fisheries. We know that fish populations will rebound if we reduce intensive fishing. Changing the eating habits of people in the developed world would also help. These measures often are not always easy to implement. But they are effective, and they’re a better bet than using clever strategies to get around biological and ecological realities.”