BLOOM conducted a survey on the use of shark liver oil in cosmetics and it revealed that the cosmetics industry was the greatest user of animal squalene in the world. This is despite the fact that the big, Western cosmetics companies have a commitment not to use squalene of animal origin in the formulation of their creams. This confirms the work of CNRS who found that 7 creams out of 8 contained squalene from animals, even though substitutes, from olives or sugar, exist.

Endangered sharks in our beauty creams? 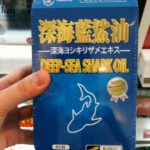 A groundbreaking study by the non profit organization BLOOM reveals that the cosmetics sector is the world’s greatest buyer of squalane oil, a moisturizing, non greasy substance ideal for making these creams… except that squalane often comes from the livers of deep-sea sharks, some of which are in danger of extinction. Squalane can also be extracted from plants, especially olives.

BLOOM’s study estimates that around 90% of the world shark liver oil production feeds the needs of the cosmetics industry, which corresponds to 2.7 million deep sea sharks caught every year. Whilst certain squalane producers claim that the deep sea sharks used are bycatch animals simply “being put to good use”, BLOOM’s study shows that the majority of these sharks are in fact the product of targeted fisheries. Specialized production even seems to be a prerequisite for the production of high quality oil.

Given the high market value of shark liver oil (12 to 15 US$ per kilo), it appears that a distinct phenomenon of ‘livering’ exists, in which the liver is removed and the carcass thrown back overboard, by analogy with ‘finning’: removal of shark fins, before the injured animals are thrown back, usually still alive.

“Although Western corporations have taken a sharp turn in favor of plant based squalane, the cosmetics industry worldwide is still largely supplied by animal squalane, with the highest concentrations being found in the livers of deep sea sharks,” comments Romain Chabrol, author of the study. He emphasizes that blind tests run on the products of major cosmetics brands have shown that businesses were sometimes misled by their suppliers into believing that the squalene being sold to them was plant based.

“This study shows the cosmetics industry’s “inconvenient truth”, the demands of which drive the existence of unsustainable, unregulated and sometimes illegal fisheries, targeting animals that are characterized by high longevity, slow growth and low fertility, including species in danger of extinction… the combination of defects is deadly,” explains Claire Nouvian, founder of BLOOM. “It is almost unthinkable that the luxury creams we rub into our faces and skin come from such atrocious practices.The cosmetics industry and deep sea shark fishing: it’s Beauty and the Beast”, she adds.

Until recently, French and Spanish industrial fleets targeting deep sea species in the North East Atlantic provided enough deep sea shark livers for a major squalane producer to set up collection points for livers in the ports of Boulogne sur Mer and Lorient.Industrial fisheries have thus led to the steep declines in deep sea shark populations (over 95% for some species) over the space of just a few years.The European Union has therefore banned targeted deep sea shark fisheries from 2010.

Stock exhaustion has thus prompted fleets (particularly Spanish fleets) to displace their fishing effort to the tropical and semi tropical waters of the South, in an inexorable logic of serial overfishing of the world’s deep seas. “The move away from waters subject to EU regulations is ideal for unscrupulous fleets: a cheap workforce, no social protection, weak or inexistent regulations or enforcement.Basically,it’s a guaranteed tragedy of the commons: a race to exploit resources to the point of depletion.The only way of putting an end to such destructive fishing practices is to tackle the root of the problem,” warns Claire Nouvian. “We hope that the cosmetics industry will respond to our call to stop using animal squalane definitively and as a matter of urgency”.

“It is highly regrettable that consumers willing to buy ethical products cannot choose creams containing only plant based squalane simply because European labeling norms for cosmetics do not demand differentiation between squalane of different origins” adds Romain Chabrol.

Perhaps corporations present at the Sustainable Cosmetics Summit in Paris from 21 to 23 November 2012 will be able to remedy this regulatory defect. Otherwise, maybe consumer mobilization will.

The hideous price of beauty