While sharks play an essential role in the balance of marine ecosystems, their population has been severely affected by industrial fishing in only a few years. According to a study conducted by the Shark Specialist Group (SSG) of the International Union for Conservation of Nature (IUCN) from January 21, 2014, 29% of the 256 shark species evaluated are threatened (11 Critically Endangered, 15 Endangered and 48 Vulnerable) while 26% of them are close to be threatened. Due to their biological characteristics (extreme longevity, slow growth and low fecundity), deep-water sharks are particularly vulnerable to overfishing. BLOOM is very concerned about the deterioration of the conservation status of sharks. To reverse the trend, we therefore focus on the major factors that threaten their existence. 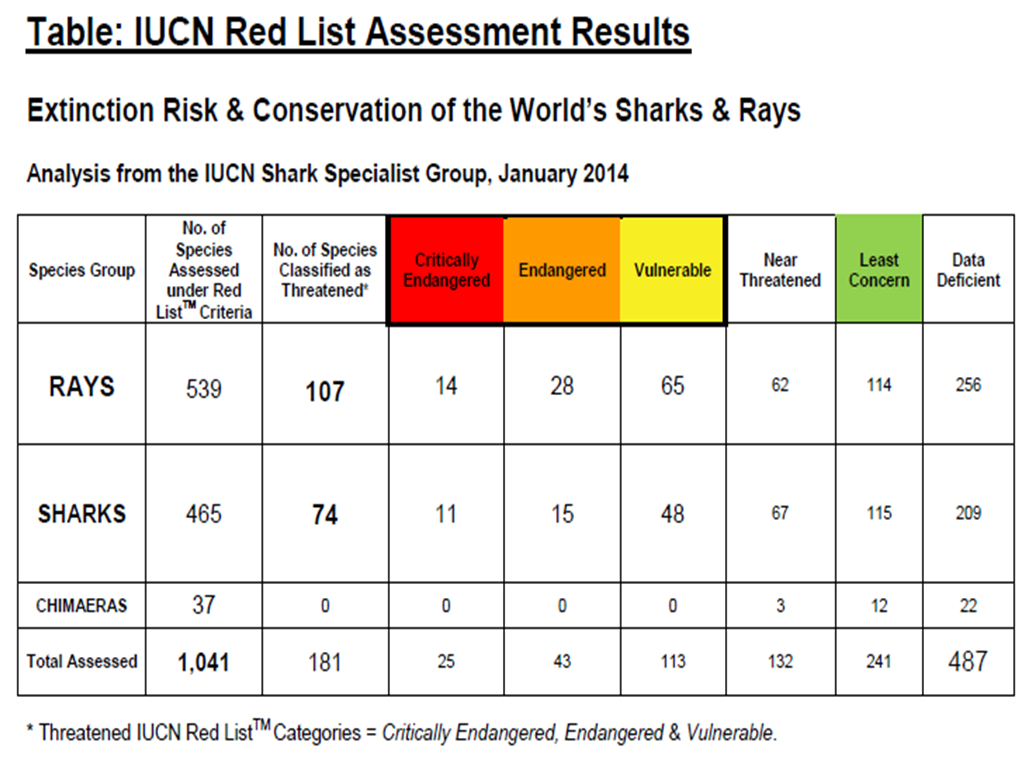 What is shark finning?

Shark finning is a practice consisting in cutting shark fins because of their high commercial value. Sharks are in most case discarded crippled and alive at sea. Shark fins primarily serve to make a traditional soup in Asian culture.

Extract from an UICN paper on “Shark Finning” (June 2003)

“Finning and discarding of shark bodies is wasteful of protein and other potential products derived from sharks, utilising only 2-5% of the shark and throwing the remainder away. This practice threatens many shark stocks, the stability of marine ecosystems, sustainable traditional fisheries, and socio-economically important recreational fisheries. […]The prohibition of shark finning throughout the world’s oceans and high seas would clearly yield many benefits. It would promote the sustainable use of shark stocks by industrial, subsistence and recreational fisheries, the maintenance of marine ecosystem functions, and the protection of threatened species. Several major shark-fishing States (including Brazil, South Africa, USA, Oman, most Australian States and Costa Rica) have now implemented a ban on the retention of fins without shark bodies. In some cases the ban has actively been promoted by the fishing industry (which implemented a voluntary ban in Australia prior to legislation). These States are now urging others to do the same, particularly in view of the high numbers of transboundary, straddling, highly migratory and high seas stocks of sharks exploited by two or more States. The European Union is currently in the final phase of drafting new regulations designed to ban shark finning in order to protect depleted and seriously threatened shark stocks from the excessive mortality arising from this practice. Once adopted, this prohibition will apply to all European Community waters and all Community vessels throughout the world. […] The simplest way to implement a finning ban is to require that shark carcasses be landed with fins attached, making the possession of detached fins on board vessels an offence.”

In 2003, a European regulation on finning (the practice of cutting shark fins off on board ships) was adopted. The regulation banned finning, but left a loophole allowing boats with a “special permit” to practise finning on board ships. Today, around 200 special permits are held in Spain and Portugal.

In 2006, the European Parliament asked for the ban on finning to be strengthened.

In 2009, the European Commission became involved, with the Plan of Action for Sharks.

In 2010, the European Parliament approved a resolution supported by 423 European deputies, asking the Commission to propose an end to finning.

In January 2011, the European Commission launched a public consultation on the regulation of finning. The document listed three options:

BLOOM supported the third option to which the European Commission gave its support.

In November 2011, the European Commission announced its proposal for a regulation on finning and supported option 3: fins must remain naturally attached to carcasses. This is the only way of standardizing European law and preventing the fraud encouraged by special permits.

In March 2012, the regulation finally started being debated at the Fisheries Committee of the European Parliament. Spain and Portugal have been fierce opponents to the Commission’s proposal. The process is expected to continue until at least Fall 2012.

On November 23, 2012, the regulation is passed in the plenary session of the European Parliament in Strasbourg. A huge success with 566 for and only 47 votes against.

On June 6, 2013 :  the Council of European Ministers adopted a regulation banning shark finning in the European Union.

Our action for sharks in Hong-Kong

BLOOM’s actions in Hong Kong are focused on sharks, with the aim of educating children and the public. We work with visionary private partners who have understood that the world has fallen into an unprecedented ecological crisis, and that unprepared societies will be the first to suffer.

Hong Kong is one of the world’s greatest trading hubs for shark fin and related products. Over 50% of all the shark fins exported from countries around the world will at one point come through the ports of Hong Kong. Not all of the products are consumed locally, and a large proportion is re-exported to other markets, including mainland China; but because so much of the world’s shark fins is traded through Hong Kong, regulation and management locally are crucial in intercepting shark fins associated with illegally traded species.

In 2017, an update to the previous “Red Booklet” Eight Good Reasons to Eliminate Shark Fin From Banquet Menus, was created as part of BLOOM HK’s advocacy work for sharks. This new booklet, named Wildlife Trade 2.0: 8 Steps Connecting to the Future, contains eight policy-related suggestions for Hong Kong. The document will be used as a tool when lobbying for updates to Hong Kong’s current regulations and policies surrounding the trade of shark fin-related products, with hopes to set an example for other wildlife related products in the future.

CITES is an international agreement between governments worldwide, established with a goal to regulate the international trade in wildlife species and protect those species’ survival. As of 2017, there are 183 countries/territories that are a Party to CITES, meaning that they have agreed to be bound by the provisions of CITES. Hong Kong SAR, by association to the China, is also bound by the provisions of CITES.

The 17th meeting of the Conference of the Parties (CoP17) was held from 24th September to 5th October 2016 in Johannesburg, South Africa. All 4 shark species (including 3 species of thresher sharks and the silky shark) and 9 species of mobula rays (often associated with shark conservation and the dried seafood trade; see: Research) proposed for inclusion under CITES Appendix II for protection under international trade regulations were successfully listed. This brings the total number of CITES-listed shark species to twelve.

BLOOM HK will be working closely with local and international NGOs and governments to continue to improve the enforcement of CITES regulations and monitoring of the shark fin-related trade.

Locally, BLOOM HK works closely with the Hong Kong government to facilitate enforcement of CITES for shark species. One of the greatest challenges in Hong Kong for deterring illegal shipments of shark fins is due to the difficulties faced by the customs officers to visually identify CITES-listed species during cargo inspections. BLOOM HK, in collaboration with the Stony Brook University and The Pew Charitable Trusts, has devised a Customs Shark School, providing the unprecedented training of the visual identification of shark fins down to the species level for CITES-listed species.

The colossal scale of the global shark fin-related market means that it is often difficult to keep track of what is being sold, and how the demand for shark fin-related products is changing. Since 2013, BLOOM HK has been collecting a range of data to understand the local shark fin market, including:

For further details on the above, please see: Research.

In 2010, BLOOM completed a comprehensive research into shark consumption habits and attitudes in Hong Kong. The key findings of the survey can be found on page 12 of the campaign leaflet, downloadable below.

This leaflet is aimed at Hong Kong’s hospitality industry, as shark fin is most often consumed at banquets held in restaurants and hotels.

Positive action by the hospitality industry will most likely have the greatest impact on saving the ocean’s most enduring predator: the shark.

For more details about outcomes of the hotels and restaurants campaign, click here.

Besides the practice of “shark finning”, a study conducted by BLOOM revealed the responsibility of the cosmetic industry for the extinction of deep-sea sharks. Indeed, the beauty industry is the largest consumer of squalane, a non-fatty moisturizer ideal for the confection of beauty creams but largely made from deep-sea shark liver oil, some of them threatened with extinction according to the IUCN Red List (gulper shark, leafscale gulper shark, lowfin gulper shark, etc). The study considers that around 90% of shark liver oil world production is for producing squalane for the cosmetic sector, which matches the catch of more than 2.7 million deep-sea sharks each year. Even if the cosmetic sector opted to put plant squalane in the cream formula, fraudulent practices on the origin of squalane would spoil this laudable intention: strengthening controls is thus an absolute necessity. In order that consumers caring about the environment can continue to take care of their skin without any guilt, BLOOM gives numerous recommendations. Amongst them is included a measure that would force cream producers to precise the animal or plant origin of squalane. Obviously, the most efficient regulation remains the definitive exclusion of animal squalane from the cream formula.

Read our study “The hideous price of beauty. An investigation into the market of deep-sea shark liver oil”

Other Components of the Shark Campaign