What is electric pulse fishing? 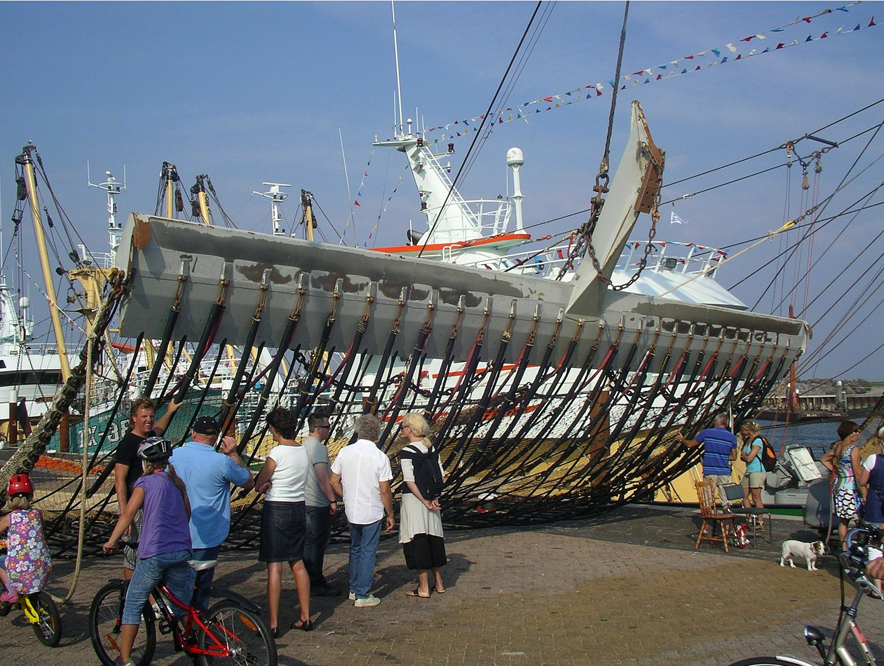 An electric pulse trawl. The metallic ‘T’ in the front is used to weight the net. The big black cables are serial electrodes that send electric shocks through the sediment.

Electric pulse fishing consists in sending electric shocks through the sediment to capture the flatfish that live in it. It is a so-called ‘evolution’ of ‘beam’ trawls, whose tickler chains — which have a disastrous impact on marine habitats — have been replaced by electrodes.

Energy efficiency is the number one argument used by electric pulse fishing proponents. In fact, fuel expenditures are half that of conventional beam trawls.

Because the gear is lighter, it also has ‘lower impact’ on the habitat, but what about impacts on marine ecosystems as a whole?

Electric currents have no mercy on marine life: the whole marine life is electrocuted. Quantified data are lacking with regards to the impacts of such an electrocution on marine life, especially on electro-sensitive species (sharks and rays),[1] but also on eggs, juveniles, plankton, fishes’ physiology, water chemistry etc. There is one notable study by Dutch IMARES, which showed that 50 to 70% of large cods caught by pulse trawls had their spine broken after an electric shock.[2]

The only thing that has been properly quantified is the fuel-efficiency of the technique. But is it enough to consider it as ‘sustainable’? NO! This is the siren’s song: the great efficiency of electric pulse fishing ensures short term benefits but threatens to transform the ocean into a desert.

Numerous testimonies against this practice

Countless fishers are strongly opposing electric pulse fishing for its hyper efficiency and the severe impacts on marine resources.[3] The  LIFE platform (Low Impact Fishers of Europe) has published in September 2017 a collection of dreadful testimonies on the environmental and social damages of electric pulse fishing.

In 2012 and 2014, French NGO Robins des Bois had already raised the issue of the scandal that is electric pulse fishing. They compared this technique to electric weapon ‘Taser’. You can read their two press releases here (in French)