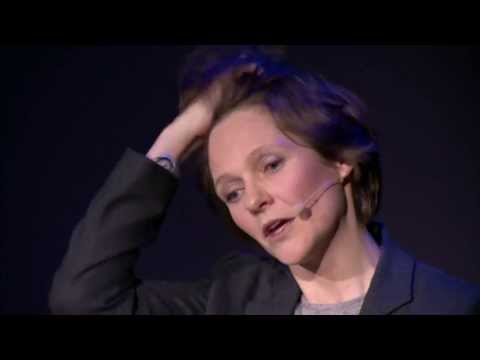 The deep sea, defined by oceanographers as the area situated at depths greater than 200 meters, constitutes 98% of the space in which life can develop on Earth. While the deep-sea environment is the largest reservoir of biodiversity on our planet, it is poorly understood by scientists and almost unexplored: a new deep-sea species is described on average every 2 weeks. There may be as many as 1 to 10 million new species to be discovered in the deep ocean. Until recently, the deep sea remained undisturbed by humans, but for the last 30 years, we have been exploiting it on an industrial scale. This should not and cannot be allowed to take place for one simple reason: their biological characteristics do not allow it. Beyond 200 meters of depth, there is no more light, so no more plants. The food available falls from the surface in a very low quantity. Therefore, the fauna of the deep sea is characterized by its extreme longevity (often greater than 100 years such as the orange roughy, which can live more than 150 years!), slow growth, late sexual maturity and reproduction, low fertility and overall low resilience. In other words, deep-sea fish are the elephants of our oceans. Just like herds of elephants, deep-sea fish may have an initial high virgin biomass in certain locations, but a directed fishing effort often suffices to devastate a stock for several decades or even centuries.

Deep-sea fishing began as a direct result of the depletion of marine resources in shallow waters. Having overexploited fish stocks nearer the surface, industrial fishing fleets turned to the deep sea to make up for this lack of resources. This inexorable logic of overexploiting resources and destroying habitats reaches a particularly critical level in the deep sea as here, more than anywhere, there is a stark contrast between the immense technological efficiency of the fishing methods and the extreme vulnerability of the environment and fauna. Deep-sea fishing pitches a fast-moving world against a slow-moving one, and short-term profits for a few individuals against long-term benefits for all.

The deep sea is the greatest tragedy of the commons of our times. There is an urgent need to protect the environment which has been irreversibly devastated by vessels that are more like war machines (several aircraft can fit into some nets that are used). This ecological crisis is the equivalent of the deforestation of the Amazon. Deep-sea bottom trawling can be compared to bulldozers clear-cutting a tropical forest.

Deep-sea fisheries are mainly conducted with deep-sea trawls, which are huge, heavily ballasted fishing nets that rake the seabed at depths of up to 2 000 meters, leaving only destruction in their wake. This “oceanocide” is perpetrated by less than 300 boats worldwide, operating on the “high seas” (in areas beyond national jurisdiction) in order to catch a few fish of high commercial value. Yet this activity irreversibly destroys coral colonies up to 10 000 years of age, which are part of the worldwide natural heritage of mankind. Deep-sea bottom trawling is a fuel-greedy, capital intensive, heavily subsidized fishing gear that has been called by scientists “the most destructive fishing gear in History”.

Deep-sea ecosystems are the “perfect victims”: out of sight and mind, isolated and voiceless, they have no defense and no witnesses to save them from destruction by deep-sea trawls… BLOOM has decided to give a voice to the deep-sea habitats otherwise neglected by the international environmental agenda. It is and has always been BLOOM’s priority. The need to protect the deep sea is an imperative priority, and although only a handful of environmentalists are committed to preserving the deep ocean, many scientists and (fortunately) a growing number of citizens are now concerned. Since it was founded, BLOOM has supported the publication of Claire Nouvian’s book, THE DEEP (The University of Chicago Press, 2007) and the creation of THE DEEP exhibition, originally hosted by the Paris Natural History Museum in 2007, in order to bring these fascinating and fragile marine environments out of obscurity.

Intervening among decision-makers and the general public, from the UN to classrooms, BLOOM’s work is based on an overwhelming amount of studies and scientific publications that show deep-sea fisheries to be unsustainable and extremely destructive.

The European Union has one of the world’s largest deep-sea fishing fleets, operating both within EU waters and on the high seas, and some of the most impacted deep-sea stocks and is responsible for 75 % of the catch of deep-sea species produced in the North-East Atlantic. France, Portugal and Spain are the main deep-sea fishing nations. Catches of deep-sea species in the North-East Atlantic represent 1.2 % of global fish catches by EU fleets in the region, meaning the environmental damage done to vulnerable ecosystems is disproportionate with the economic relevance of the activity. For three main target species, over 100 are discarded (observers at sea data from IFREMER).[1] This number does not take into account animals anchored to the seafloor such as corals and sponges that get uprooted and destroyed by bottom fishing gear.

In July 2012, the European Commission issued a legislative proposal to overhaul the EU’s regulation of deep-sea fisheries in the North-East Atlantic Ocean and to ban the most destructive fishing gears: deep-sea bottom trawling and bottom gillnetting. The French industrial fishing sector immediately launched a war on this regulation with the full support of the French government benefiting from the official alibi of the IFREMER (see here for the translation of a press release signed by Alain Biseau, a scientist whose integrity has already been openly questioned by NGOs in 2010 because of the biased pro-industry report of which he was a rapporteur) and against all economic, ecological and scientific rationale. The French fishing industry has paid a lobbying firm (G Plus Europe) to campaign against the deep-sea trawl ban and has used every political trick to delay and undermine the political process (see in detail here). These fisheries are only legal because they emerged in a context of insufficient international legislation and a lack of scientific knowledge. Their legality by no means gives them legitimacy.

In spite of an incredible citizen mobilization (up to 800 000 people signed BLOOM’s petition in December 2013, helped by Penelope Bagieu’s comic), on December 10, 2013, the European Parliament (EP) agreed to some conservation measures for the management of deep-sea fisheries, but rejected the elimination of the most destructive fishing practices.

The Council of European Fisheries Ministers can now decide to adopt the phase out of deep-sea bottom trawling. It is our duty to make them take a decision guaranteeing the protection of our oceans. Although UK fishing vessels do not themselves target deep-sea species, this is an issue that directly and adversely affects the UK, as the bulk of the EU deep-sea bottom trawl fleet, mainly composed of French and Spanish vessels, catches deep-sea species both in UK waters and on the UK’s continental shelf[2].

It should be noted that in 2004, 1136 researchers signed a petition asking the United Nations General Assembly to declare a moratorium on deep-sea bottom trawling.

Deep-sea bottom trawling is a historic blunder whose slow end is inversely related to the load of the arguments that weigh against it.

[2]The area of the seabed extending beyond the 200 nautical mile limit over which the UK has jurisdiction under the UN Law of the Sea.